The JITH meetings are bi-annual events intended to promote the cooperation between the scientific teams of the participating countries. It acts as a platform for young researchers to present their work, addressing thermal-related issues and energy in particular renewable energy. At inception, the scientific cooperation was mainly between France and the three Maghreb countries: Algeria, Morocco, and Tunisia, but JITH's ambition is to operate at a broader scale, typically in the Euro-Mediterranean Region.

The main topic was originally on solar-thermal (heliothermal) which subsequently evolved and extended to general aspects of energy with special reference to heat (thermal meaning today) and its applications. Thus, for three or four editions, the JITH meetings are divided into three regular topics in addition to a specific topic per edition:

During the JITH edition held in Marseille (2015), a new orienttaion towards energy and environment have found a very positive response among the JITH community, which will encourage strengthening this approach in the future.

The bi-annual JITH meetings welcome on average 150 to 200 participants (typically researchers and PhD students) from different laboratories working on JITH topics in the three Maghreb countries and France. Other African countries (Madagascar, Cameroon, Senegal, etc.) regularly make up of 10 %. Occasionally, there was also participations from Germany, Canada, Spain, or Romania.

It is worthy of note that JITH is a source of fruitful scientific cooperation. For example, there is a strong cooperation between ENI and IUSTI Monastir, ENI of Tunis and the Faculty of Sciences of Tunis (Tunisia) and with the Faculty of Sciences of Tangier (Morocco), in research and teaching. This cooperation led to the co-supervision of Masters Theses, student exchanges and recently Engineering joint studies. The JITH enables the initiation new research themes at the different laboratories involved. 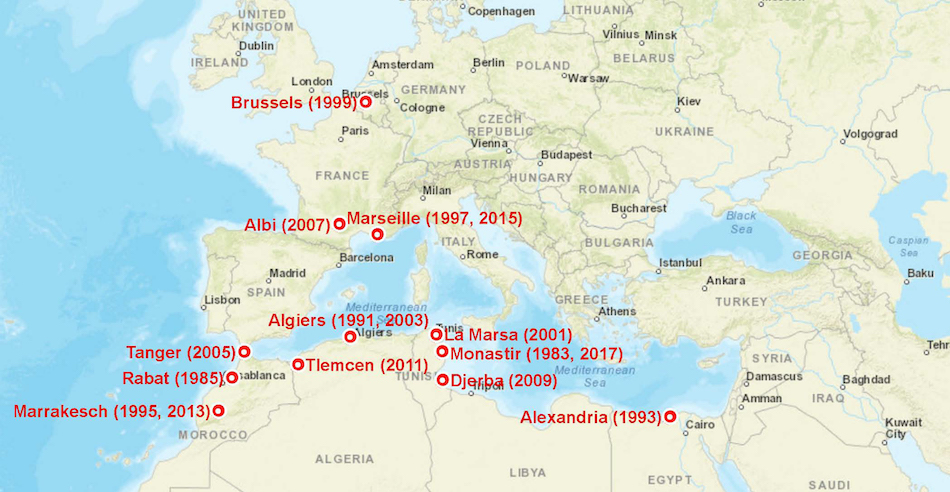